BOOK AT THE BEST PRICE

Exclusive promotions For direct bookings on our website and by phone

What to visit in Algarve and Albufeira

Discover the Algarve, a region of sun and sea, golf and mountain...

The Algarve is a treasure trove in shades of blue and green. Of sea and golf, of rivers and hills. But it is also a treasure of stone ochre, whitewashed houses, a treasure chest rich in oranges and almond trees, carob and strawberry trees, in sea but also in rivers such as the Guadiana and Arade, in plains and ranges of hills, such as those of Monchique and Caldeirão, made even more precious by its Formosa Estuary which guards in its borders an ecosystem unique in the world. No, the Algarve is not just beach. But the beaches of the Algarve are its pulsating heart, beating strongly and pumping blood into all the other regions of its body. They are the air that allows it to breathe, the oxygen that makes it the most important tourist region of Portugal and one of the most famous of Europe. The Algarve also offers activities for all tastes – and at all times of the year. Golf is one of the most sought after. With courses unique in the world, framed in a special type of nature, surrounded by an unrivalled tranquility, golf is enjoyed by players of all handicaps. From the Sotavento (eastern downwind) to the Barlavento (western upwind), along the approximately 200 kilometres of the southern coast of Mainland Portugal, there are numerous golf championship courses, some of which have already received the best professional players of the world and been the stage of important tournaments of this sport. Close to the shoreline or in the hinterland, the architects of the fields have skilfully perfected the design of the layouts, making the most of the spectacular natural surroundings. Some of the best courses of Europe, greatly appreciated both by amateurs and professionals, are at Quinta do Lago, Vilamoura, Vale do Lobo, Tavira, Albufeira, Portimão or Lagos. For those arriving by boat, there are four marinas with modern infrastructures capable of receiving boats of all sizes and formats. The oldest is Vilamoura Marina, with the others being located at Albufeira, Portimão and Lagos. This southern region of Portugal also hosts different international sports events. The World Championship of Formula 1 Powerboat Racing is held every year at Portimão and, in 2009, the city became part of the Sailing Audi MedCup Circuit when it held the Trophy of Portugal - City of Portimão. Very close by, the new Algarve International Circuit, with a Formula 1 racing track, regularly hosts various motor vehicle competitions and rounds. And then there's the climate. Balmy, temperate, exceptional, cool in the winter, hot in summer. A great enticement for many who finally decide to move here definitively. About two hours by car from Lisbon or Seville and the main European capitals, with direct flights from Faro International Airport, travelling to the Algarve is easy and creates millions of stories to tell. From the more rural traditions to the architecture, from the grilled fish to the food of the hills, from the increasingly more prestigious wines to the outdoor terraces overlooking the sea, from its landscapes to the people. Difficult to be indifferent.

Large sandy beach, framed by limestone cliffs, hot shades of colour. São Rafael Beach is neither one of the most famous nor one of the largest of the Algarve, but it is one of the most special. It is paradigmatic of the Algarvian coast and has already been named the best beach of Portugal and the fourth best of Europe. The result of the combination of the force of the ocean waves on the cliffs and rainwater, the great diversity of rocks at this beach has unique natural "features" such as the Little Bridge and the Swallows Nest, with arches, "sapas" (alcoves or cavities excavated at the base of the cliffs), "algares" (wells) and "leixões" (isolated rocky outcrops). The pine wood overlooks the beach, beyond the cliffs, and here close to the sand is a proliferation of saltbushes, a coastal plant with a strong salt component growing in saline habitats. When the water is transparent, the contours of the submersed rocks are revealed, inviting a longer swim, preferably with goggle and flippers. Located at a short distance from Albufeira, but kilometres away from any type of “civilisation”. Nature is inhaled here. Facilities: - Acceso directo al hotel São Rafael Atlântico - Restaurante (no pertenece al hotel) - Aparcamiento para personas con movilidad condicionada - Parada de autobús - Showers - Bathrooms - Lifeguard - Hire of sun loungers - Medical station - Information board - Blue flag (certified quality beach)

WHAT TO DO IN ALGARVE

The Algarve is a region rich in beaches, golf, nature reserves and culture. The excellence of the Algarvian offer is further enriched by its typical regional cuisine, cultural heritage, nightlife entertainment and the hospitality of its people. Accept our suggestions of activities and make the very most of your stay in the Algarve by staying at the São Rafael Suites.

EVENTS IN ALGARVE NOT TO BE MISSED

With its pleasant climate all year round, the Algarve is considered one of the best Golf destinations of Europe. Keep up to date with the best events that make the Algarve a tourist region of excellence.
Share |

BOOK AT THE BEST PRICE 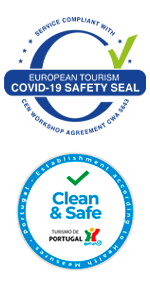